Enter your City name or Pincode

India is all about culture and rich heritage but at the same time it is also proving its mantle in other related fields. One such field which is gaining a lot of importance and spectators is sports. With so many states across the beautiful nation, a simple yet elegant state is Chhattisgarh. Not just for literary and architectural beauty, but Chhattisgarh is known for its sporting activities as well. This place is catching up with the other states in the area of sports. 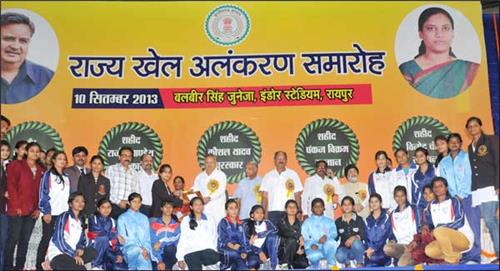 Cricket and India are inseparable. Yes, for the entire nation, cricket is in their blood. Talking about this, Chhattisgarh is no exception. From kids to youth to adults, everyone loves cricket. Not just watching cricket, but playing them as well. Starting from street cricket to tournaments, everything is played here in Chhattisgarh. Hockey, being the national game of India is given no less importance. It is equally played and appreciated in all parts of Chhattisgarh. Other sports that are played with a lot of acceptance and appreciation are KhoKho, Volleyball, basketball and Football. Tennis ball cricket game is another favored game in Chhattisgarh, and this game has garnered popularity for it being the injury-free game.


Promotion of Sports in Chhattisgarh 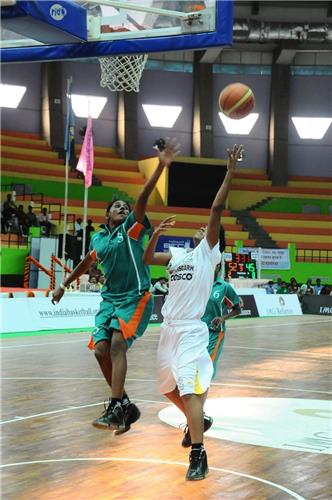 The mission of the Chhattisgarh Olympic Association is to build sports to the next level. The association looks forward to give opportunities to the youth and the teenagers of the state to take part as well as excel in sports activities. Through this, it is easier for the youth and the teenagers to be active participants in sports. The association seeks to celebrate sports icons of the state for their performance and contribution towards sports. The association tries to develop academics in terms of sports with the coordination of the Chhattisgarh government and other allied agencies. The organization seeks to promote as well as provide better facilities and opportunities to sportsmen thereby enhancing their performance. The association keeps it at its best to make sure that sports events are organized in the best way possible. Chhattisgarh Olympic Association also identifies people who are really talented and tries to give them a better platform so that they can excel in what they do.

Chhattisgarh football team represents the state of Chhattisgarh in the Santosh Trophy. Santosh Trophy is an annual Indian football tournament which is contested by the states as well as the government institutions. The state is filled with vibrancy and happiness when it comes to playing this game. The football team of Chhattisgarh has not won the Santosh trophy yet but has done their maximum possible to be one of the top teams in India. There are a lot of happenings that are suggested by the government in order to make the youth and the students aware of the sports activities happening in and around the state. When girls begin to participate a lot in sports during their schooling, they can make sure that they grow up to be a personified sports personality. The football team is no exception in that. There are a lot of training centers that offer football coaching which makes sure that the game is played and cherished throughout. 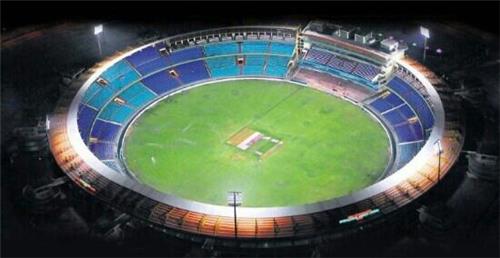 Raipur international cricket stadium, also known as the Shaheed Veer Narayan Singh International Cricket Stadium, is one of the finest cricket grounds in the country. The stadium is located 21 kms from the Raipur main city. It has a seating capacity that can accommodate spectators upto 65,000. This stadium is the second largest in India, and the fourth largest in the world in terms of seating capacity. This stadium has hosted a lot of matches including the Indian Premier League (IPL). This stadium also is a host to the T20 matches of the 2014 champion’s league for 2014.

To the crown of the cap of Chhattisgarh sports stadiums, an international Astroturf hockey stadium was recently introduced in January 2014. The stadium is spread over an area of 9.5 acres, which is a pride to the state and the nation. This was built at an estimated cost of 22 crores. This huge stadium was opened by the governor of state, Shekhar Dutt and the chief minister of Chhattisgarh, Raman Singh. The exhibition match was between the Governor’s Eleven and the CM’s Eleven. These teams comprised of some of the best international players, that included Indian hockey men’s squad skipper, Sardara Singh, Harjot Singh, Affan Yousuf, Lalit Upadhyay and others. This stadium is built as a pioneer for bringing in the sports activities of the state to a national as well as international level.

Jayanti Stadium is located in Bhilai district and is a multi-purpose stadium. The stadium has all of the facilities of a domestic cricket stadium. The venue can also be used for other sports as well. The common sports played in the venue are hockey and football. The place is filled with vibrancy for playing all kinds of sports. Be it for national or international, the stadium allows the playing of all kinds of sports. Affiliated to the Indian Olympic Association, Chhattisgarh Olympic Association arranges and organizes the tournaments in a systematic manner. Through this organization, there are a lot of tournaments held in this stadium. This makes sure that the youth are trained in the various sports as well as adventure sports. Chhattisgarh is one of the states in India that has offered to the country a lot of eminent personalities as well as promoting sports to all class of people.

Indoor stadiums are a major hit in Chhattisgarh with facilities to play indoor games like basket ball, hand ball, volley ball, badminton and the like. Bahatarai International Level Indoor and Outdoor Sports Academy and Stadium in Bilaspur are the other prides of the city that hosts a lot of games for the people. Indoor Stadium and Outdoor Stadium in Raipur, Sports Center in Bilaspur, Jayanti Stadium in Raipur and Digvijay Stadium are some of the delights that adorn the jewel in the stadium crown of Chhattisgarh. 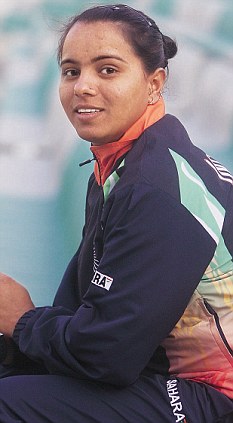 Chhattisgarh is home to many fine sporting personalities of India. Saba Anjum Karim who hails from Kelabadi, Durg was part of hockey team at the 2002 Commonwealth Games in Manchester. She was also selected for the Arjuna Award. She was also honored with Chhattisgarh's top Gundadhur sports award.

Born in Ranchi, Rajesh Chauhan is a cricketer who is a pride of the state. He was a part of the very famous Indian spin trio, which consisted of Kumble-Raju-Chauhan. He is a cricketer who has played around a massive 21 tests and 35 one-day internationals from 1993 to 1998. His father, Govind Raja Chauhan was also a cricketer who made it big in the sports field.

Abhishek Khare from the Chhattisgarh Cricket Association is one of the other big names in the cricket field in Chhattisgarh. Radha Yadav in swimming, Anil Kumar Kaushik in Handball, T Ningraj Reddy in Softball, Megha Sahu for powerlifting are some of the well known people. Ajay Pratap Singh, Anjana Deji Ekka, Sangeeta Kaur, and Sharanjeet Kaur for basketball and Renuka Rajpoot for hockey are other names that are prominent in the sports arena. Guru Dayal Kaushal is a prominent personality in volleyball, Shatrugan Yadav in Kabaddi, Gulam Mustafa Hasan in hockey, and KPS Chouhan and Sateesh Chandra Tripathi in basketball.

One of the most resourceful and rich state in terms of youth development Chhattisgarh is contributing a lot in the field of sports in India. Initiatives such as Sports for Development by UNICEF in partnership with the government have been started for inculcating the art of sports in the youth and children. Not just a period for sports in the schools, but there has been an array of extracurricular activities happening for the children in schools. It is to be noted that the children have to be shaped well at a very young age in order to extract the best out of them. That is why the government of Chhattisgarh has made a lot of improvisations for the students. Bringing up the initiatives of sports day and other such days in the schools, colleges and universities help the people gain a lot of knowledge in the sports arena. Shaheed Kaushal Yadav award, Shaheed Pankaj Vikram Award, Shaheed Rajeev Pandey Award, Veer hanuman Singh award, Maharaja Praveerchand Bhanjdev Sammam, Gundhadhur Sammam are some of the awards given for some of the sports personalities in Chhattisgarh. 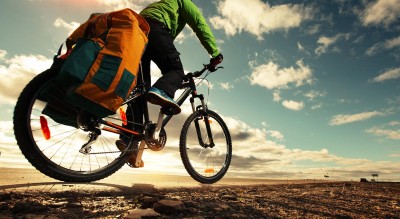 There are a lot of adventure sports when it comes to this state. There are a lot of tourists in the state and these kind of activities help them pass their time in an effective manner. Not just for the tourists, but also the localities have an improvised way of spending their free time. Adventure sports include trekking, cycling, rock climbing, mountaineering, parasailing and white water rafting. If you are one of the millions that love adventure and adventurous sports, then Chhattisgarh is a haven for you. Bungee Jumping is a famous sport in Chhattisgarh, which has been the most enjoyed and most sought for one. It is an adventurous and exciting sport that offers a lot of thrill to the player. TASMACH, Trekking Adventurous Sports Mountaineering Association of Chhattisgarh is a nonprofit organization that sensitizes the youth about adventure sports and motivates them. This association provides all of the above mentioned sports in a safe and secure manner.

Chhattisgarh is indeed a beautiful and progressive state that promotes all types of sports including adventure sports by setting up a lot of training centers for the youth. Thus making sure that the youth are trained in the various sports as well as adventure sports. Chhattisgarh is one of the states in India that has offered the country a lot of eminent personalities in the field of sports as well as promoting sports to all class of people.

The National game of India is a big event in the field of sports that is held in India. It takes into consideration various disciplines in which various sportsmen from the different states of India go ahead on with each other. The 37th National Games of India is to be held in Chhattisgarh, which is a great honor to the state. Apart from the regular games, there are also games like archery and cycling that are being promoted in the state.

Are you a Business Owner?

Add the products or services you offer